Nothing is more irritating, condescending and despicable than saying to Oromos that Abiy’s regime is their government.

Abiy Ahmed served the TPLF-EPRDF regime since his childhood. He joined the TPLF-dominated army at the age of 15, as a child soldier. He was bolted up in the ranks of the military to be a Lt. Colonel. He was one of the founders and the 2nd-man-in-rank of TPLF’s spy agency named INSA. As one of the top spy agents of TPLF-EPRDF regime, he took part and organized the wiretapping and spying on thousands of Oromo nationals resulting in their elimination or imprisonment. It is this same criminal Abiy that later claimed to be a reformist and came out to hijack the peaceful Oromo protest movement that intensified from 2014 to 2018, and toppled the TPLF-dominated EPRDF in 2018.

Unbeknownst to the Oromo, other peoples of Ethiopia and the whole world, Abiy who was a wolf in sheep’s clothing managed to deceive and receive a Nobel peace prize in 2019 for allegedly making peace with Eritrea. However, the peace deal with Eritrea was later to be used to stifle the voice of his opposition in cooperation with another East African dictator, Isayas Afeworqi.

To make his deceptive drama more exhilarating, at the beginning of his ascending to power, Abiy promised a transparent and peaceful transition to democracy through competitive, free and fair elections. He released political prisoners, allowed all the exiled opposition parties to come back to the country, created a façade of allowing freedom of expression and independent Media. But these rhetoric and deception only stayed until he consolidated his political power. Within few months, he reneged on all his lofty promises and receded back to the goal of restoring the old repressive and inhumane Ethiopia.

Starting from his childhood as a child soldier of TPLF at the age 15, up to the present (after his selection by the EPRDF to the position of Prime Minister), Abiy has always been and remains a killer of Oromo children.

We would like to inform, educate and show the world that Abiy has always been the enemy of Oromo people, nottheir leader. Here are the facts, practical evidences from his life.

It should be known that the struggle of the Oromo people is not to crown anyone who claims to be an Oromo to end up getting killed, raped, thrown to jail without any due process and become internally displaced and their rights constantly violated. The struggle of the Oromo people is not directed against any ethnic group but is a struggle for equality, justice, freedom, peace, democracy, including the right of nations and nationalities to self-determination to be owners of their destiny on their own land. Oromo’s struggle is against a system of settler colonialism and a system of repression that makes them subjects of settler colonialists and second class citizens.

By continuously talking about the past glories of Ethiopia and praising murderer Abyssinian kings Abiy Ahmed is promoting the ideology of neftegna system. He is using the nostalgic pro-neftegna Amhara extremists whose ambitions are to restore the past rule of one family, Kingship. He is doing everything possible to appease and mobilize all pro-neftegna Amhara extremists against Oromummaa (Oromonness or Oromo nationalism) to be crowned as a king by Neftegnas at the expense of Oromo lives. As a result, today, the largest nation in Ethiopia and in the horn of Africa, the Oromo nation doesn’t have a single independent media in Oromia, while Neftegnas own over 60 TV and Radio stations in Finfinnee (Addis Ababa) alone.

The above list of egregious crimes and facts speak volumes that Abiy Ahmed does not represent the Oromo nation, nor does he share the vision, mission, value, principles and objectives of Oromo struggle for justice, peace, equality, democracy, freedom and national self-determination.

Abiy’s vision and mission of restoring the old, archaic, barbaric, brutal neftegna system is not only against the Oromo nation, but also against the aspirations of all oppressed nations and nationalities in Ethiopia. As such, Abiy stands for nothing, but the dead ideology of the dead Abyssinian rulers whose values are exploitation of man-by-man in which gabar-system, inequality, servitude, slavery are the norm. Since Oromos stand against these values, the primary targets and victims of Abiy Ahmed are Oromos who having been fighting against the fascistic rule of Abyssinian emperors for the last 150 years.

We want the world to understand that Abiy has never ever represented the Oromo people, Oromo interests and values throughout his life. Therefore, it is atrocious, offending, inhumane and even an insult to the self-respecting Oromo nation, when someone tries to portray Abiy and his regime that is hell bent on annihilating Oromo youth, Oromo political leaders, the Media, intellectuals, elders, business-people, Oromo language, identity and culture as a government of the Oromo people.

Denying all of these facts and presenting Abiy as representative of the Oromo nation is not only an insult to our intelligence, but also a deliberate, malicious act of associating the Oromo nation with all the crimes Abiy has committed against humanity. This tactic of blaming-the-primary-victim (the Oromo) is used by neo-neftegna supporters of Abiy Ahmed.

We would like to emphatically remind the world, not to fall for the tricks and into the traps of neo-neftegna supporters of Abiy Ahmed, who are trying to portray him as an Oromo person, who stands for the rights and interests of the Oromo nation.

Finally, we call upon the international community, the United Nations and governments around the world to withdraw their economic, political, cultural, military cooperation and diplomatic relationships with Abiy Ahmed’s regime; instead, listen to the voice of our voiceless people, support their just cause, their struggle and quest for justice, freedom, peace, democracy and self-determination. Abiy Ahmed is a genocider. He doesn’t represent the Oromo nation.

We urge the global community to act immediately and stop the madness of Abiy Ahmed and his neftegna supporters before we see a genocide that can dwarf what was seen in Rwanda. 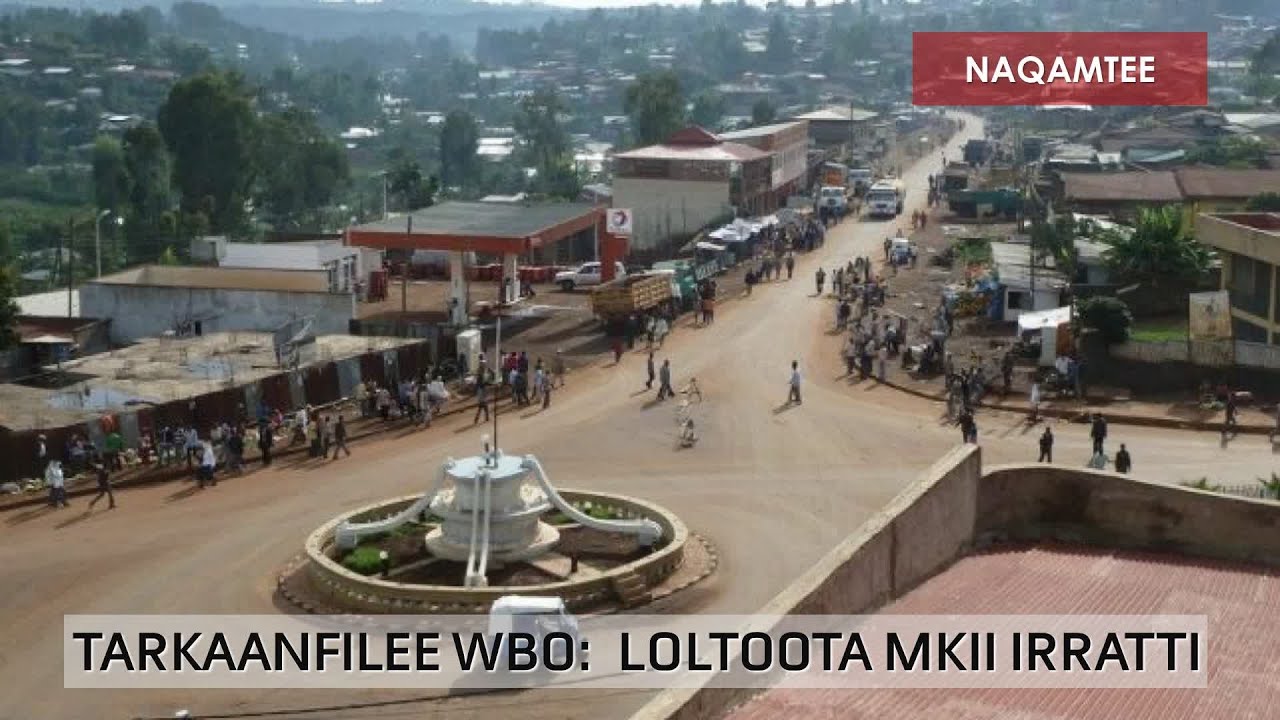 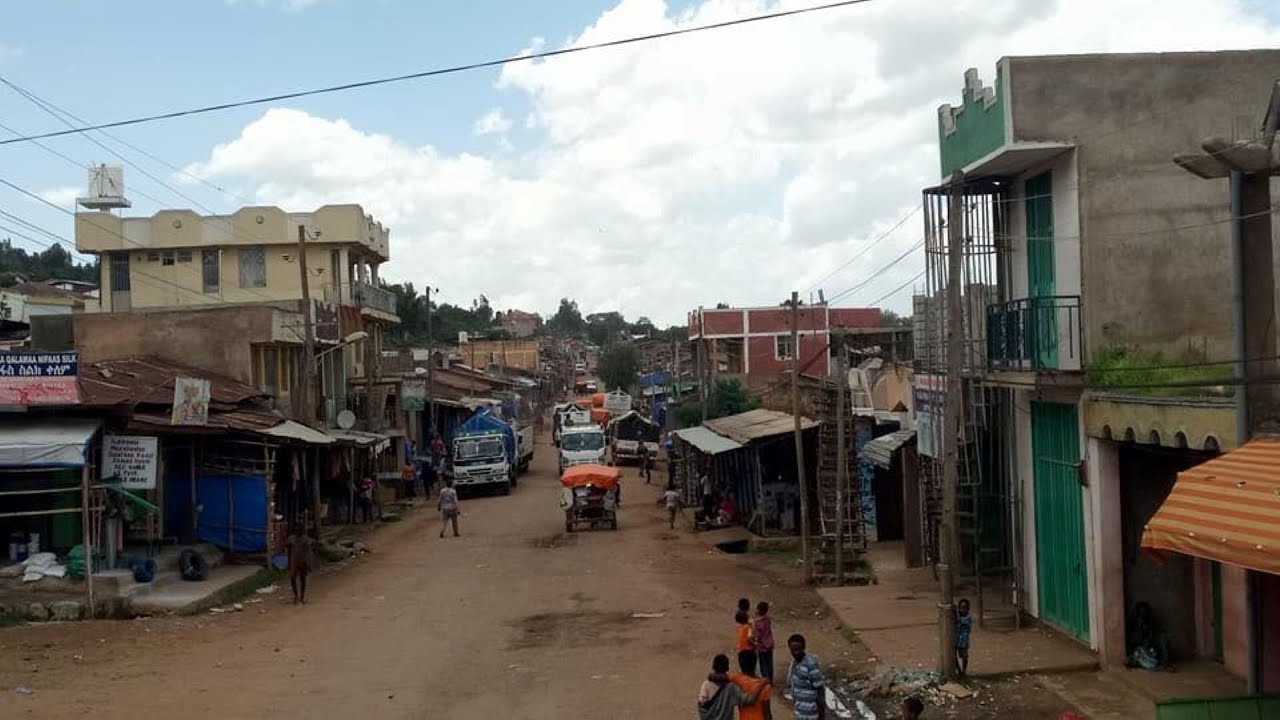 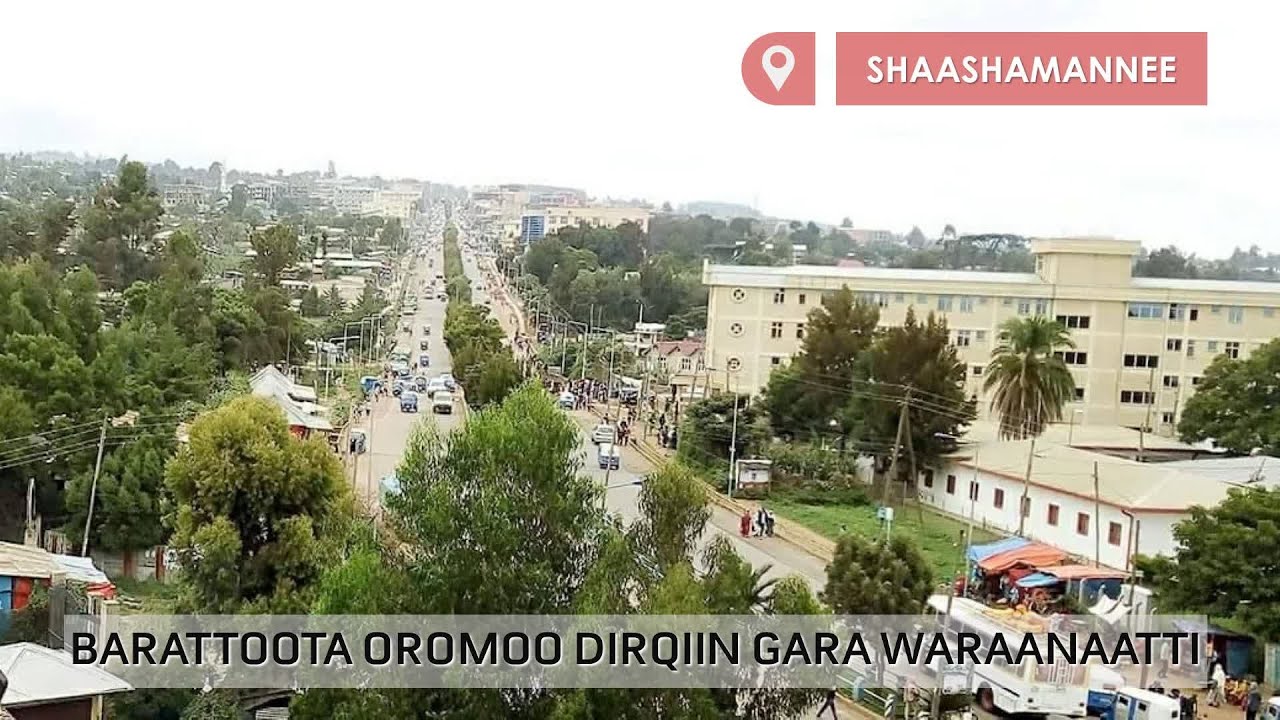 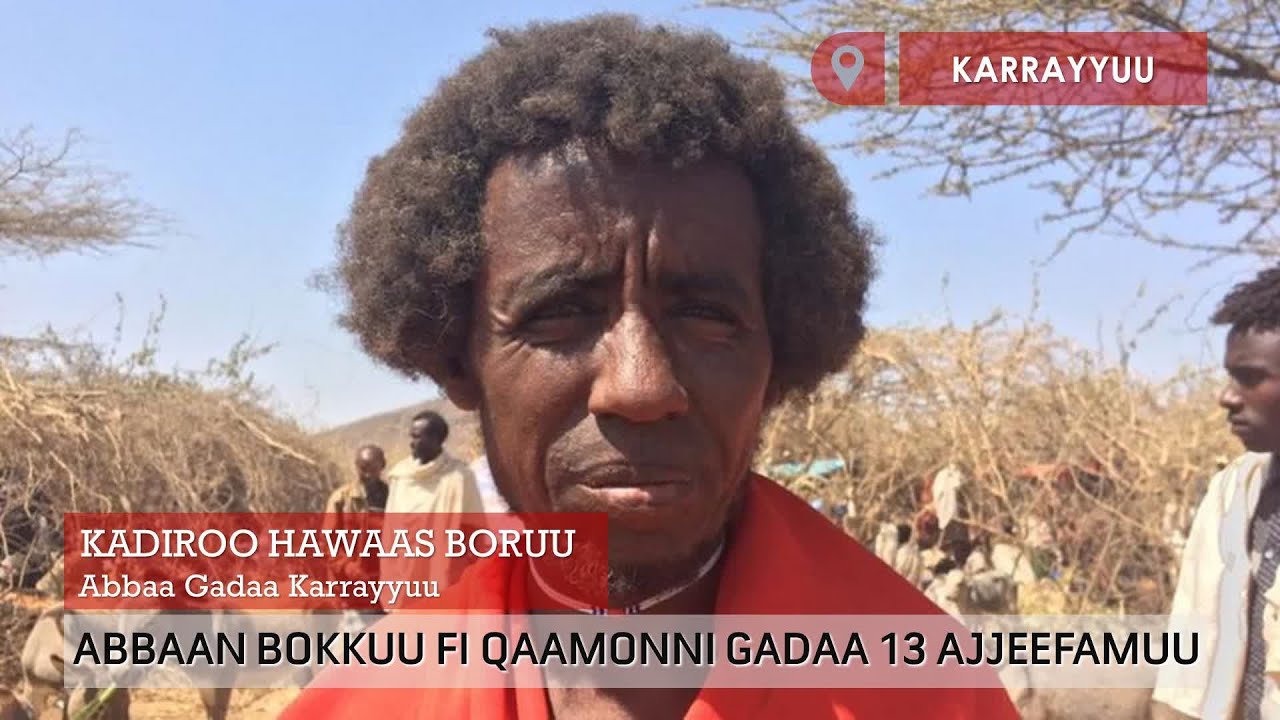 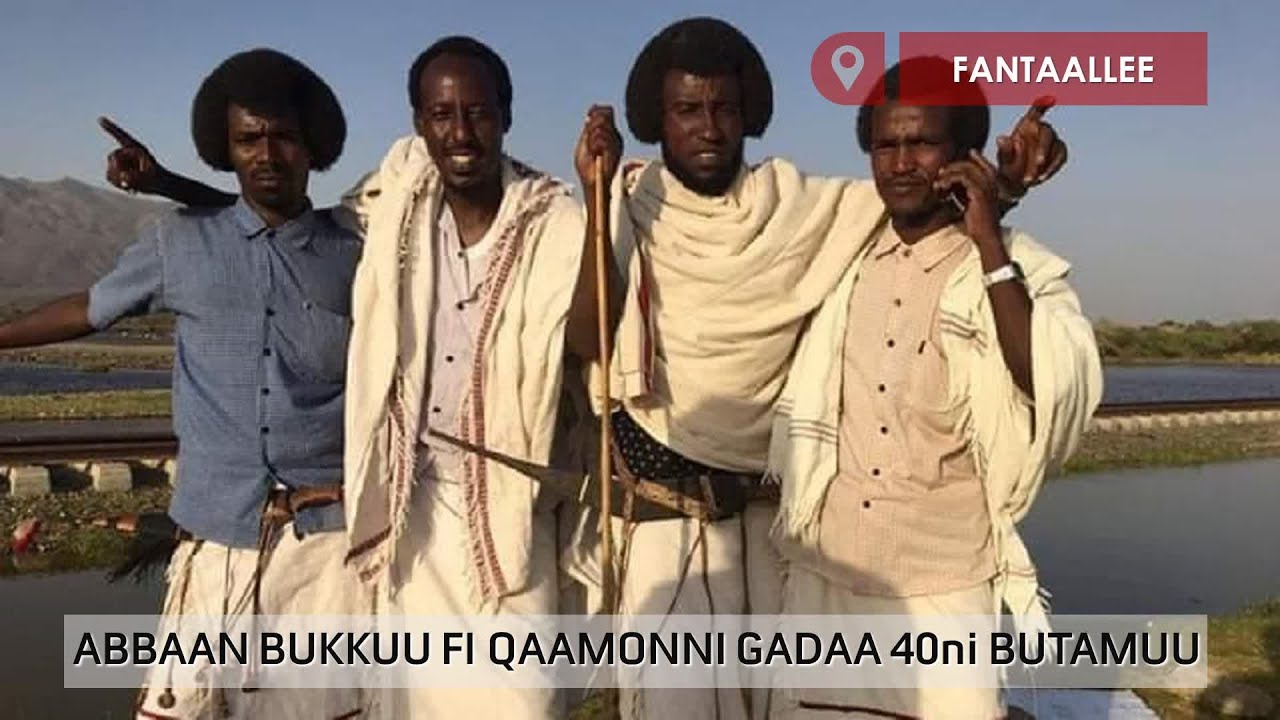 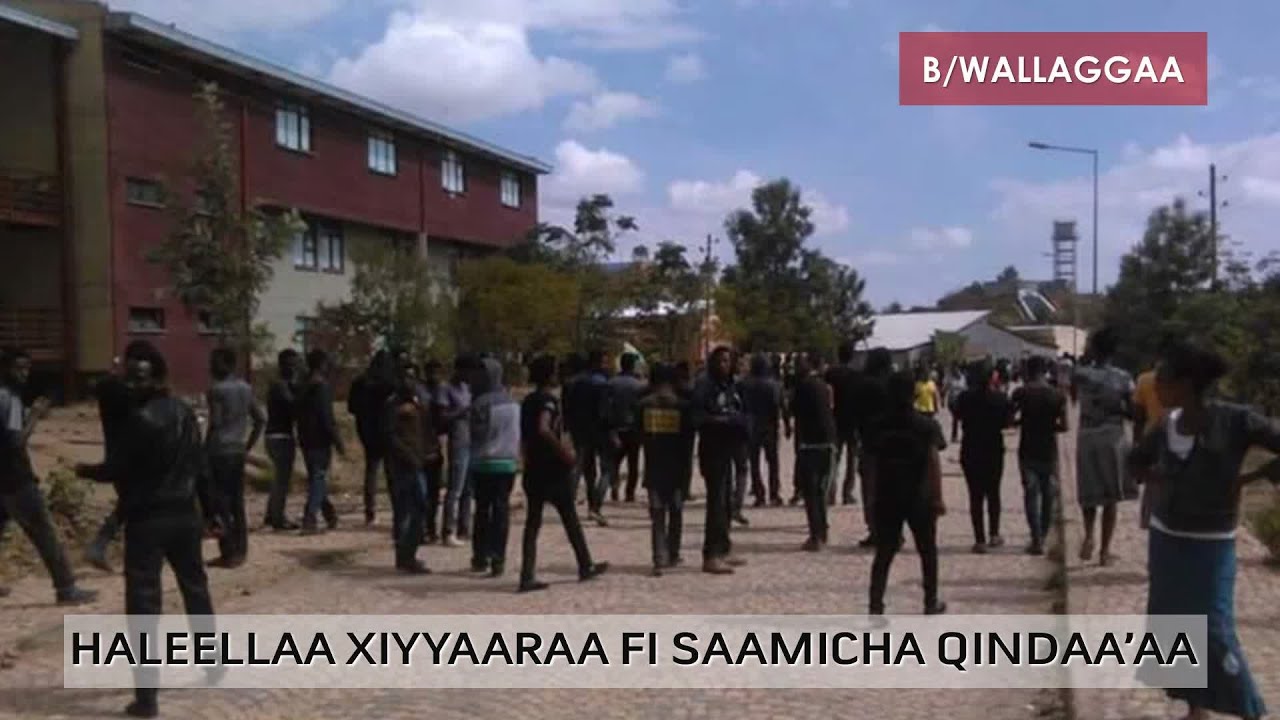